Behind The Photo - snowcapped Yoyogi Park 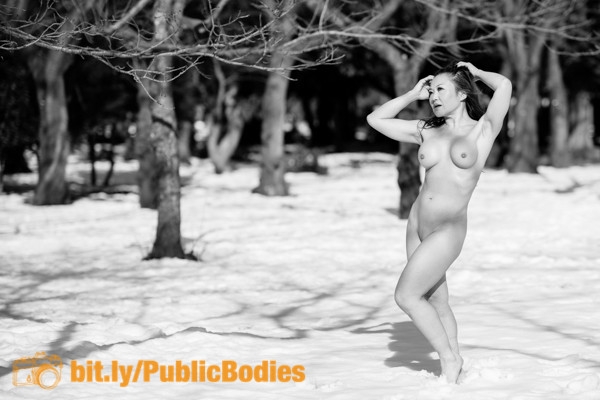 This shot was taken in Yoyogi Park in Tokyo - in February this year - the day after the huge snow storm that had closed the CP+ camera show. 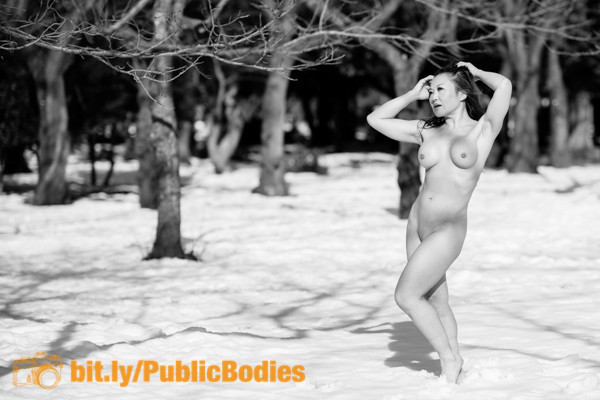 This shot, whilst daring in outwardly conservative Tokyo, this was literally a walk in the park after our previous shoot in Shibuya Crossing! (Details to come on that later).

There had been an untimely snow storm in Tokyo, with almost 11 inches falling in a day. It closed train lines, shut the camera show and crippled the city. The problem with snow is that it quickly gets dirty, sloppy and unphotogenic. So, two days later much of the city was cleaned up, but the park remained covered in snow.

As we walked through the park looking for locations, we came across this area of pristine snow, with some great trees in the background. I had the model form a pose that mirrored the trees, and to avoid disurbing the snow by walking in, disrobing, having assistant walk in and out to take clothes etc, I had the assistant carry her in carefully, making sure not to disturb the snow that would be in my foreground.

We took a few options as the intensity of the sun changed. I have not decided the final version I will use for Public Bodies, but at this stage I love this one with harder shadows in the foreground and across her torso, from the nearby trees.

Please take a moment to check out the concept for Public Bodies in the video below - and see more of the work and pick up your copy here: https://www.kickstarter.com/projects/matt-granger/public-bodies-nude-in-public-art-nude-photography